By AdminOctober 3, 2015Create the Look 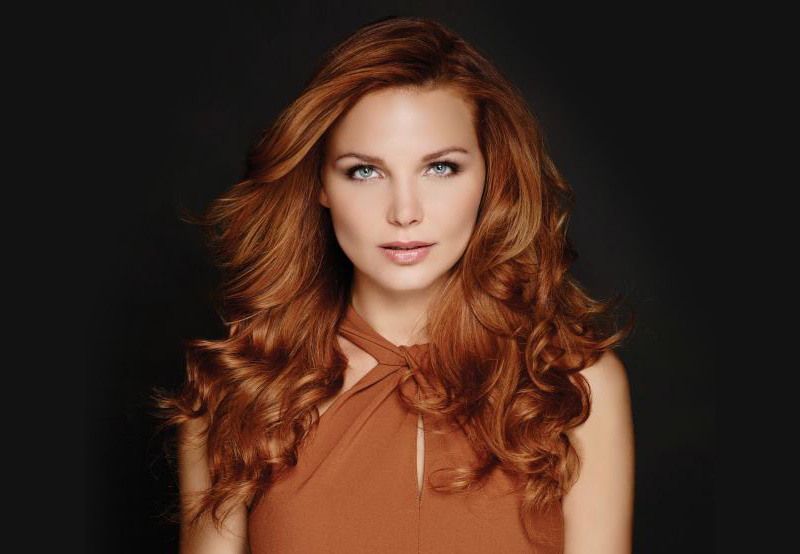 “A natural redhead is less monochromatic and more multidimensional than it looks at first glance,” Cunningham says.

“For this look, she has almost too much dimension and it’s coming horizontally rather than vertically.”

Cunningham determined that Irina, a popular haircolor model, has had too many processes over the past year. “She has some natural regrowth, darkened, with some bleached out ends,” Cunningham says. “Her hair must be treated internally as well as cosmetically. It’s been through a lot.” For this correction, a base color was applied to the darkest area throughout the midlengths while the ends were treated with Olaplex #2. “You never knew what’s under all that color,” Cunningham says. “This hair had to be treated so it could accept color.” Once a more predictable canvas had been created, Cunningham applied babylights and lowlights before finishing with two rounds of glossing. This was a difficult correction on many levels,” Cunningham says, “but with the right products and tools, time and patience, magic can happen.”